Get It While It's Hot 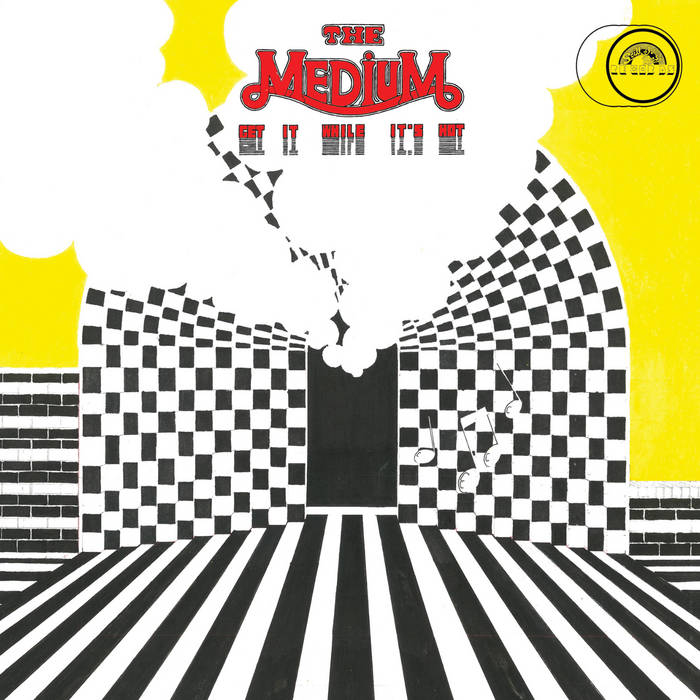 ddtozone makes you feel like you're paddling a cumulus canoe with a baby lightning bolt along a rainbow stream Favorite track: Friends of Ours.

Avi Parker Some of the best throwback retro rock I have ever heard. Favorite track: The Groove.

Since coming together in 2015, Nashville four-piece The Medium have crafted melodic, intricate pop rock tailor-made for summer nights and sweaty house shows. On their debut album Get It While It's Hot, the band brings together their eclectic musical influences and humorous, big- hearted takes on life and love for their first proper full-length statement.

Comprising Sam Silva, Shane Perry, Michael Brudi and Jared Hicks, The Medium met by happenstance in and around Nashville, and have spent the intervening years playing live and honing their sound, which pulls from the best of '60s pop and psychedelia, '70s rock, and current- day lo-fi and DIY.

The band wrote Get It While It's Hot in 2016 at their shared home, the Chapel House, and finished recording the tracks in the summer of 2018 in a buddy's garage and at their own home, with production from friend and frequent collaborator Jake Davis, another Nashvillian also known for his work with Rainsticks. Since then, the tracks have had plenty of time to marinate, with the band playing them around town, on the road and in jam-packed house show living rooms.

Opening track "Caroline" shimmers with crystalline vocals and gauzy guitar, turning a tale of heartbreak into a breezy sing-along that's sure to be a staple of live shows. Early single "The Groove" refracts the woozy experimentation of Sgt. Pepper through a modern indie lens. Closer "Good Ol' Days" is, as the band describes it, the quintessential The Medium song, heavy on rose- tinted nostalgia and even heavier on tasty vocal harmonies.

Lyrically, the band splits up songwriting duties between Silva and Perry, with Get It While It's Hot's narratives showing both their sense of humor ("Some of it's just a bunch of gobbledy-gook," Perry offers) and their honest introspection. "We like to draw inspiration from real things, but there's some nonsense, some gibberish thrown in there, too," Silva says, with Perry adding, "Some of the songs have a basis in reality, but then turn into spaghetti fun."

Spaghetti fun with a side dish of reality well sums up Get It While It's Hot. The album is a colorful, kaleidoscopic look at the real world as seen by The Medium, and is a hell of a lot more fun than reality ever will be.

Since coming together in 2015, Nashville four-piece The Medium have crafted melodic, intricate pop rock tailor-made for summer nights and sweaty house shows.

Bandcamp Daily  your guide to the world of Bandcamp

Featuring Oakland sounds from the Smart Bomb collective and Samplelov.